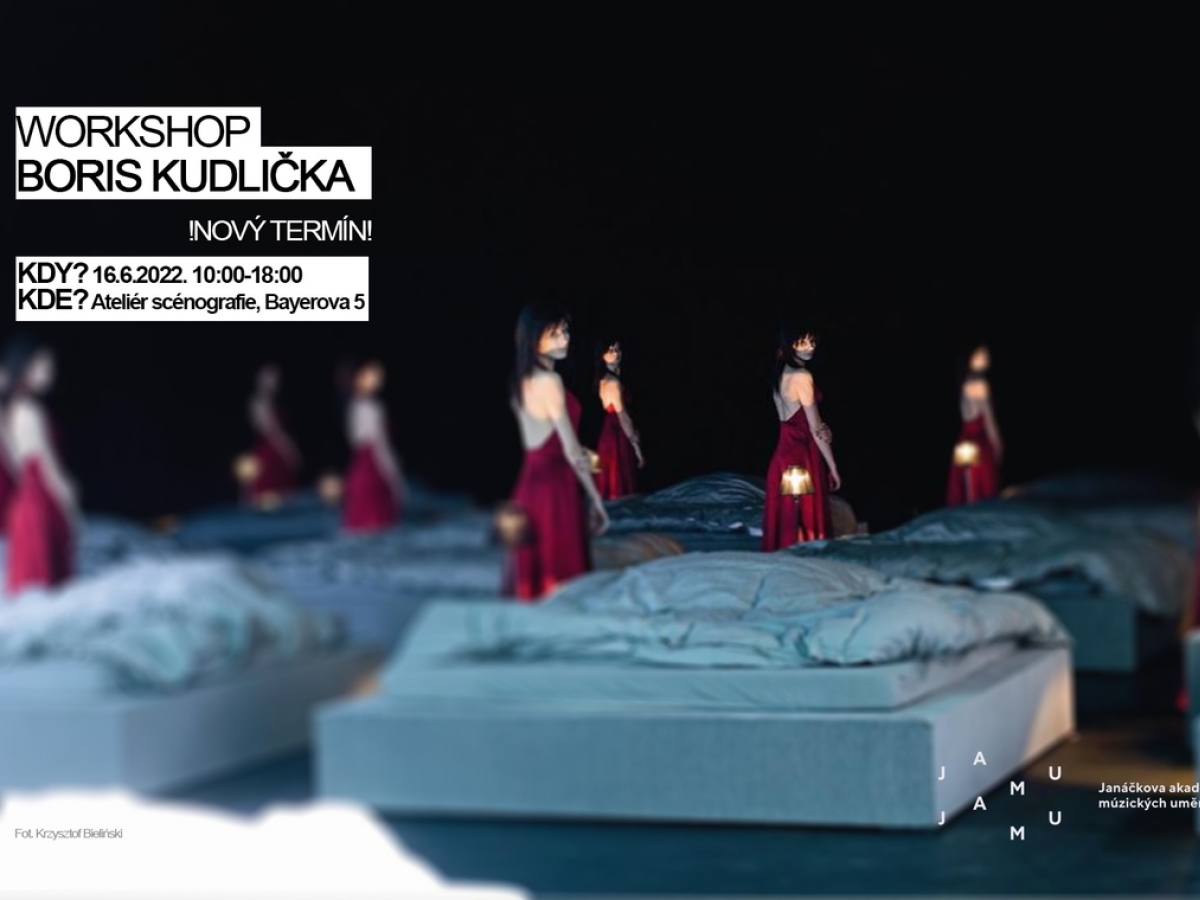 Boris Kudlička studied scenography at the Academy of Performing Arts in Bratislava and at the Academy of Fine Arts in Groningen, the Netherlands. He made his debut as a set designer at the Slovak Theater in Bratislava with a stage for Oskar Nedbal's ballet. In 1995 he began working at the Polish National Opera in Warsaw, first as an assistant to Andrzej Kreutz Majewski, then as chief set designer. At that time, he developed his original style, characteristic of minimalism, using materials that are not typical of theatrical designs and means of expression drawing on the inspirations of fine arts, film and other areas. His scenographies are unconventional, based on contrasts and open to different interpretations.
He has been working as a freelancer since 1996 and focuses mainly on opera.
Boris Kudlička received a number of awards for his creations. In 2005, the Theater Institute in Warsaw awarded him the prize for scenography, which he created for the production of Richard II. (National Theater in Warsaw). He is the holder of the Polish Bronze and Silver Medals of Gloria Artis for cultural contribution (2006, 2015). He also won two Slovak theater prizes Dosky and two gold medals at the Prague Quadrennial (2007, 2015; in 2011 he was the curator of this international show). He is also the holder of the Polish Culture.pl Superbrand Award (2016, together with Mariusz Treliński), the C. K. Norwid Prize of the Masovian Voivodeship (2003, 2016) and the Gwarancja Kultury Television Award (together with Mariusz Treliński, 2015). From 2011 to 2013, Boris Kudlička taught stage design at the Academy of Fine Arts in Warsaw.